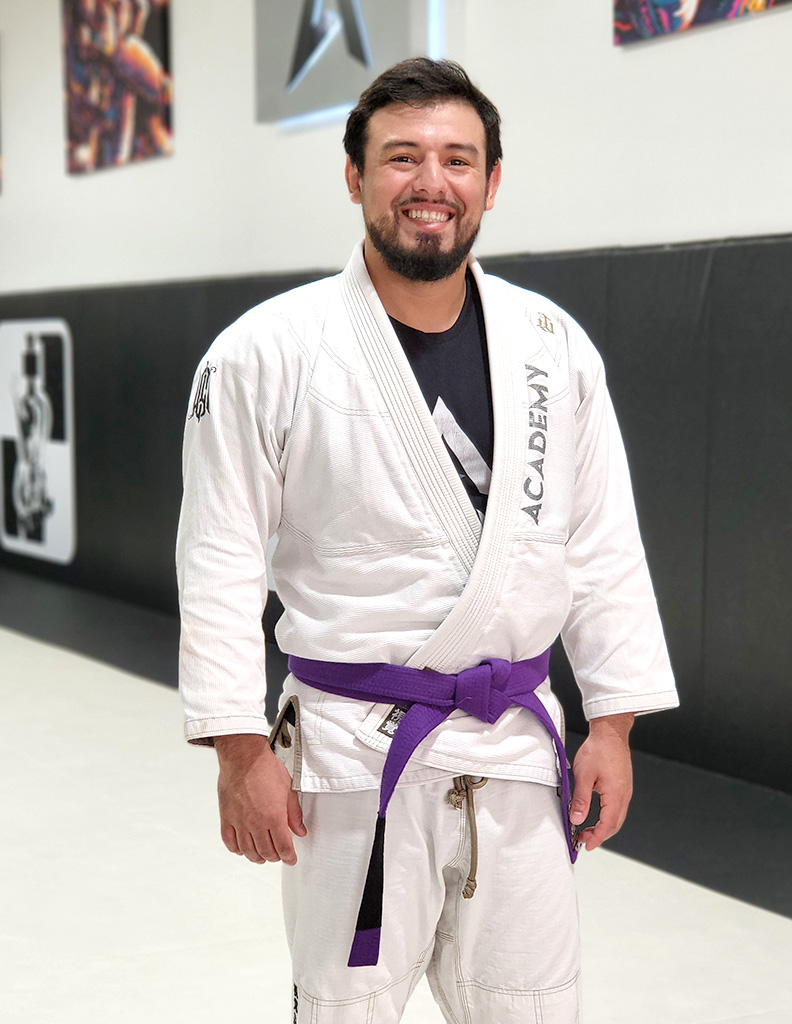 Jiu-jitsu and Wrestling instructor, Johnny Beltran, is a Downey local. Johnny began his mixed martial arts journey at the age of 11 along with his brother Hector circa 2008 where they trained disciplines varying from Muai Thai, Grappling, Jiu-jitsu, Filipino Colie and competed in Pankration Amateur MMA Tournaments. He later attended Servite High School to expand his Mixed Martial Arts with a new wrestling arsenal and is where he established himself as an All-American Wrestler.

In his wrestling career he took 1st at California’s Frosh-Soph-State tournament as a sophomore, 7th in California state as a Junior, 3rd in California State, and 4th at High School Senior Nationals. He was also awarded the Orange County Register Wrestler of the year award. Johnny continued his career at California Polytechnic University of San Luis Obispo where he was awarded a scholarship and recruited to wrestle under a D1 Wrestling Program.

During this time, Johnny was diagnosed with cancer and took time away from Mixed Martial Arts to explore other passions such as Bouldering, Rock-Climbing, Dance, Music, and low caliber physics.

After enough time, Johnny got himself back on the mat in order to share his understanding of body mechanics in order to further each individuals effectiveness on the mat.

“That won’t work, so let me show you a secret” -Coach Johnny